Cranbrook is a popular retirement destination, but Nathan Lieuwen isn’t your average retiree.

Although the 25-year-old may have announced his ‘retirement’ from professional hockey last week, his return to the East Kootenays is not an ending, it’s a new beginning.

“Obviously the plan was to play hockey a lot longer, [but] now that I’m past that point, I have to [just] look at the people I got to know [and] the things that I learned,” Lieuwen says.

There’s disappointment in his voice but a bright smile on his face.

“I played junior and pro hockey for a total of 10 years. It’s like taking a college course on hockey.”

His outstanding talent combined with an infectious personality and big heart, made him a fan favourite wherever he went. Nowhere does he have as many fans as Cranbrook, however.

Unfortunately, his bright future as a hockey player was derailed by vision problems caused by a concussion he suffered three years ago while playing for the NHL’s Buffalo Sabres.

“I took a hit against Philadelphia [and] ever since then my vision hasn’t been the same,” he says. “Tracking and eye fatigue are something that plagues me even in the day-to-day stuff.

“It kept me from being everything I could be on the ice and it was just getting so frustrating. To be held back by an injury is something I just couldn’t do any longer.” 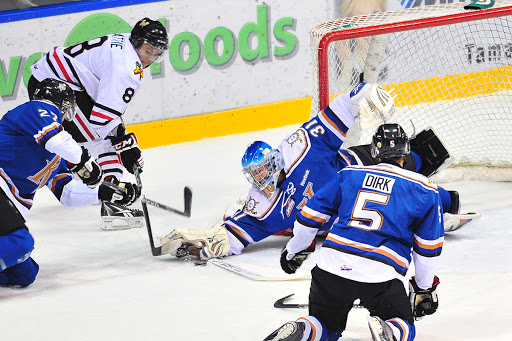 Concussions were nothing new for Lieuwen, but the symptoms he experienced after that game in 2014 were unprecedented.

Head-related injuries follow the goalie back to his days with the Ice, but back then they were the standard fare of headache, dizziness, and sickness.

Lieuwen received a concussion early in his 16-year-old year with Kootenay after a car accident and was then sent back to Junior A after only one game.

The next two seasons he missed continued to miss major time, again with concussion problems.

“The earliest concussions that I had, I don’t think had much bearing on the visual stuff that I’m going through [now],” Lieuwen says. “That was never a symptom I struggled with back then.

“I recovered pretty well from the first few concussions. Unfortunately, I couldn’t climb the mountain for the latest one.”

The end of his hockey career marks the conclusion a significant chapter in Lieuwen’s life. He started playing hockey when he was 10 years old and says that for as long as he can remember, he wanted to be a pro hockey player.

He was convinced that he was going to the NHL, but he didn’t know the path to get there.

He just went with the flow, and ended up in Cranbrook. 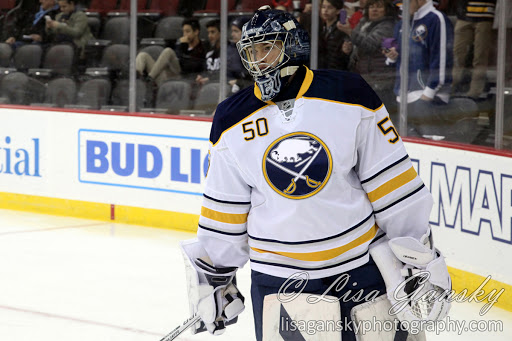 Throughout his minor hockey days in Abbotsford, BC, Lieuwen developed into a blue-chip Bantam Draft pick and was taken in the first round, 16th overall by Kootenay in 2006. He ended up playing with the team until he was 20 years-old.

“I’m very grateful for what the Ice gave me, I learned so much from my time [with them] and I’m very thankful that I didn’t just play a few years and go pro right away. I took the whole 5 years to develop in junior, not just as a player, but as a person.”

Although injuries caused a rocky start, he eventually found everything he was looking for in the Key City, and more.

He set multiple team goaltending records, was named the MVP of the 2011 WHL Playoffs, played in the Memorial Cup, and most importantly, met his future wife Breanne.

Even during his professional career, Lieuwen returned to Cranbrook every summer.

“Everyone here knows everybody and that’s what I love about it,” he says. “You can go out and do your errands and you run into two or three people you know, or you go to the bank and see the same people standing there every day that you get to know. That’s something that I really enjoyed [in juniors].”

Lieuwen found his way into the national spotlight as a 19-year-old with his play in Ice’s losing bid for the Memorial Cup in Mississauga in 2011, and was subsequently drafted by the Buffalo Sabres that summer.

It was a dream come true, and while it was difficult to leave the comforts of Cranbrook the following year, he had an amazing time as a pro hockey player. 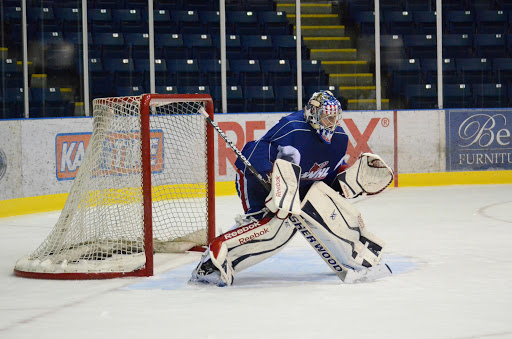 “I got married right before I turned pro, so for both of us it was an adventure to travel around and play hockey wherever I was sent,” he say. “The year I played in the NHL was my highlight year [and] I played a lot of games in the American League and I played really, really well [too].

During his time on the road, Lieuwen played for the Rochester Americans, the Greenville Road Warriors, the San Antonio Rampage, the Colorado Eagles, and the Sabres.

A lot of the big cities were a far cry from Cranbrook, but he never forgot where he’d come from.

“[What I learned in Cranbrook] is that there’s no person too small [and] we’re all equal,” he explains. “It’s important that no matter who it is, whether it is a kid or a diehard fan, whatever, you treat them all the same.

“They come up to you and they’re excited, of course if they want an autograph, they can have one, and if they want to talk hockey, I will sit there and talk to them. I think that’s important for hockey players to take forward the image of hockey but also as people.”

Lieuwen says that is one of the greatest things about Kootenay Ice fans, they care about the people more than the player, and he’s always carried that mentality with him.

“I think it’s cool that the community isn’t just hockey ‘deep’, they like to know that these kids are real people and that they can be a part of that.” 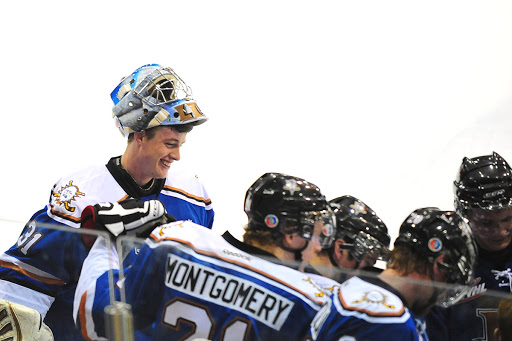 Overall, Lieuwen knows that he’s had a very successful hockey career. He was part of one of best Kootenay Ice teams in history, played in the Memorial Cup, won a gold medal with Canada at the 2008 Ivan Hlinka U18 tournament, played in the NHL, competed at the Spengler Cup, and had plenty more priceless memories.

“I don’t think I can ever complain or be upset about the amazing career I had,” he says. “I got to do so many great things, I got to go to so many cool places and I got to play a lot of good hockey.

“Obviously, the adventure ended early, but it doesn’t make what I did any less special, it doesn’t mean that we have to put a shade over that. It’s just as good, even though I had to end it early.”

Although Lieuwen isn’t sure of his next step — the “wound is still pretty open” — he’s happy to be in Cranbrook as he plans his next step.

He has plenty to keep him distracted here, with the recent arrival of his first child, a son named Wesley Brian Lieuwen who is less than two months old.

“Having a new son is special,” he says. “It’s a really cool time for my family. It kind of brought us together through all this [and] I think that’s been a big focus.”

As for career prospects, once he’s ready, he’d like to continue working in hockey. Lieuwen believes that he has a good analytical mind for the game that could serve him well as a coach or hockey team staff member of some kind.

“I think there are a lot of things that I learned that I could help coaches with,” he says. “As far as systems and player development, I feel that would be a really good fit for what I learned and how I saw the game when I played.”

He also hopes to help bring awareness through his story to concussion-related issues and possibly even inspire rule changes in the NHL and other leagues.

“There needs to be some kind of attention given to these goalies that are getting hurt,” he says. “In the NHL this season, it was a big deal, a lot of goalies were getting hit and we’re not in a position to protect ourselves.

“As much as I want to create an awareness about concussions and help people understand the risks and when to stay out of the game, I think it’s also important to even go before that and prevent some of these hits.”

That prevention, Lieuwen believes, comes through rule changes, starting with the NHL and trickling down to junior and minor hockey.

“I would love to see the crease protected a little bit more, with harsher penalties,” he says. I’d love to see imminent contact protected. “If I’m about to get hit, but there’s a shot, I can’t do anything about the hit because I have to pay attention to the shot.

“[Because if] the shot goes in before I get hit, it’s a goal. So, how am I supposed to protect myself? Little tweaks need to be looked at, to hopefully protect the goalies a little bit [more].”

He also believes that more attention should be paid to the recovery process.

“I’m very fortunate to be a very grounded person with a really good community around me, [but] for some people who don’t have all those support systems, it could be tough,” he says. “Transitioning out of hockey is a difficult thing to do and I’ve learned that in my short time trying to do it. To have a concussion, to have mental hurdles for that, to have physiological hurdles, that’s a big step in life to try and jump [over].

Although Lieuwen is now retired from hockey, looking into his eyes, it’s evident that he is far from having his passion for the game burn out.

He is eternally grateful to the city of Cranbrook and the Kootenay Ice organization for making him the caring and spirited young man he is today, and there is no doubt that he isn’t finished making us proud.

“[At first] I didn’t like telling anyone that I wasn’t going to be playing hockey anymore. That was really, really hard for me, especially with my family members,” Lieuwen says, his voice wobbling slightly. “It was relieving [though] to see the love and support, [and] that people are there because of you and not because of what you do.

“And that’s something I have a lot of.”

The Cranbrook community is right there along with his parents, his siblings, and his wife as an essential part of his support system.

“[It] really hasn’t been just one person,” he says of the town’s impact, explaining that he’s received many phone calls since deciding to end his career, “They don’t even necessarily need to do anything, but just hearing that people are there for you is special.

“My billets took me in, the coaches [were great], and the community as a whole [are something] that I’ll always be very grateful for.”

Nathan Lieuwen’s next chapter hasn’t been written yet, but if there’s one thing that he’s learned it’s that, no matter what, Cranbrook will be watching and the community will be ready to embrace him with open arms.

Whatever comes next, he knows that he can always come home again.

Luke Pierce says dismissal from Ice was “a shocker”

Changing the name of a B.C. mountain follows a robust process

Bentall’s music responds to our strange and complex times