The boys of the Mount Baker Secondary Junior Boys basketball team spend a lot of time looking up.

As a fairly undersized team for the sport, it’s unavoidable. According to their coaches, however, they have plenty to look forward to as well.

“When we go to [tournaments in] Alberta, ninety percent of [our opponent’s] players are 6’3, 6’4 and taller, and they have skill,” said coach Ron White, speaking to the Townsman before a Monday night practice. “Those are very, very difficult games for us… but our kids, they honestly play big.

“We’re not a huge team, but we have to play big in order to keep improving [and] I think, for the most part, they do.”

White, along with co-coach Shawn Marlow, has been working with a lot of the players on the team since they were in fifth grade at Parkland Middle School. Their hope is that they can continue to coach them until their senior year, and then see them go on to bigger and better things. 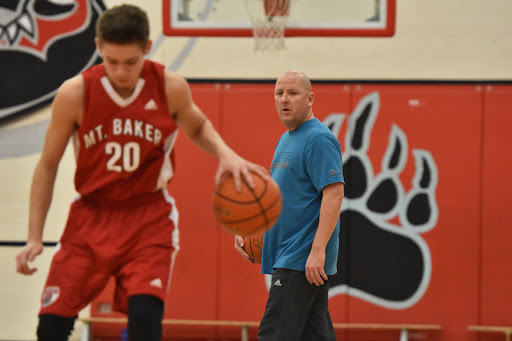 “It would be really nice to see some of these kids, who love the sport, get an opportunity to play post-secondary basketball somewhere,” White said. “We would [feel] successful [seeing kids go] beyond Mount Baker.”

The Wild Junior Boys started their season in early December, playing at a tournament in Calgary hosted by John G. Diefenbaker High School. Beating the host school and Central Memorial High, they made the championship game.

While a much taller William Aberhart High School side ended up defeating them, it was ultimately a valuable experience.

“You can only get better, if you play better teams,” White explained. “This year is a development year for us, mainly… kids are very confident a lot of times and if you go and play better teams and get beat down, it shows them that if they’re willing to work harder, they can get there because those kids are the same age.

“At this age, the training outside of the court, the extra practice that they can put in, coming in early into the school to shoot free throws, all of that counts [for a lot].”

Following the Calgary tournament, the boys were once again participants in events in Alberta and continued to impress, despite their height disadvantage. Following a break for the holidays, the Wild now get to play in some local tournaments. 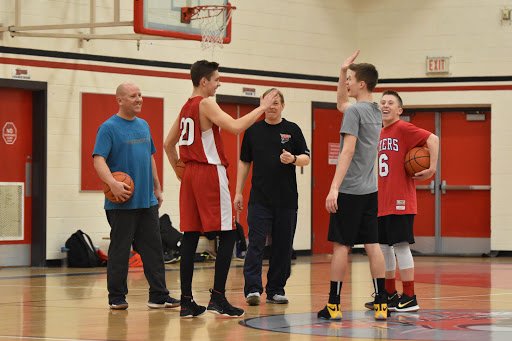 The Junior boys’ next action is in Creston on January 19 and 20, one of five more tournaments this season.

“When you’re playing around the local area, you’ll have some better matched teams, because all the other communities in the Kootenays, West and East, don’t have the [type of] selection that [Calgary schools] have either.

“So they’re working with what they’ve got and [our] hope is that we can maybe get more confidence in our second stringers [and] get them some more playing time. We always play all our kids every game, but the [second stringers] might not get as many minutes, so one of our goals, for the last two or three years, has been to develop the team and bring everybody up. You can’t just rely on five players.”

While one short term goal for the season was originally to participate in the B.C. Provincial tournament in Langley, due to the work schedules of the coaches, it appears as if it will not be possible. The Senior Boys team, however, will be fundraising and participating, and the Juniors will be moving up to that position before they know it.

Even without the Provincials though, the boys are looking forward to continuing a great year and the coaching staff is optimistic about the interest in basketball in the community.

“We had 18 kids try out [and] the skill level is getting there,” Marlow said. “I’ve been to some other larger communities, other places, and some bigger camps watching the development. As far as skill, we’re a little behind, [but] stuff that we’ve started doing in the last few years have started to get them caught up to where they need to be.

“Ninety percent of our practices, we work on skill development. We’re just working on teaching them how to play, not teaching them plays.”