The Kootenay Ice’s new look for the 2017-18 season was officially revealed on Wednesday morning, with a post on the team’s website showing the full design for their new uniforms.

The Ice’s new logos were first revealed back on May 1, on the first official day of Matt Cockell and Greg Fettes’ ownership of the team.

The primary mark for the Ice — a fierce-looking yeti with the letters I-C-E hidden in blue shading along the logo’s jawline — will serve as the crest of the new CCM designed jerseys.

Both uniforms follow the same template as the NHL’s Los Angeles Kings and the light jerseys feature the team’s primary logo in its official colours, while the dark jerseys are an alternate ‘greyscale’ take on the look. 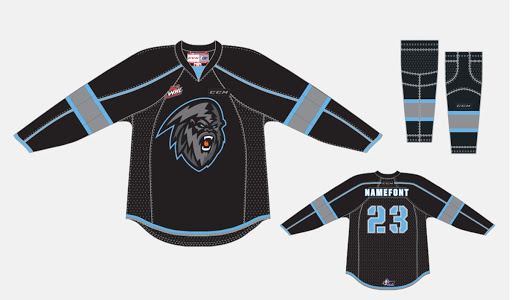 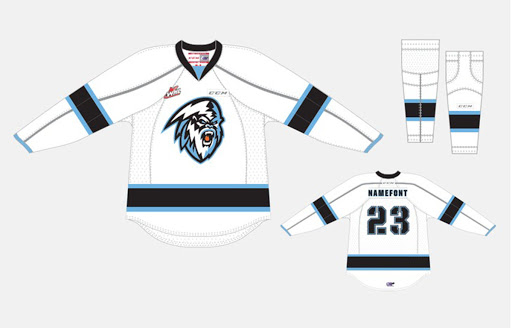 According to the Ice, due to an “overwhelming demand” an exclusive pre-sale of the new jerseys will be available only to season seat holders and corporate partners until 5 p.m. on Friday, June 30.

Following that time, any remaining jerseys will be made available to the general public.

“We are working hard to get our new jerseys in for our fans as quickly as possible, but the reality is that due to shipping lead times there will be a limited quantity initially,” said president and general manager Matt Cockell in a team release. “We have invested significantly in retail items that will be available for our fans and our team is working hard with suppliers to get items to Ice Country as soon as possible.

Due to limited quantities of the new jerseys, the pre-order maximum will be one jersey for each season seat commitment for the 2017-18 season.

A non-refundable deposit of $25.00 is also required per individual to secure their priority for jerseys when they arrive. The deposit will then be deducted from the final retail price when the purchase is complete. The jerseys will be distributed on a first come, first served basis on the pre-sale commitment priority list.

As part of the benefits for season ticket holders who purchase their tickets before June 30, they will receive 15 per cent off all regularly priced retail items including the new jerseys.

In an interview with the Townsman in May, Cockell said that creating the new logos and uniforms was a quick but thorough process.

“We were working under a very tight time frame,” Cockell said. “We worked with a company out of LA and it was a company that had experience working with the NHL.

“It was important to Greg and I that when we talk about a fresh start, moving forward, we really wanted the brand to symbolize that fresh start and moving forward [and] they did a great job.”

Cockell also said that CCM was very helpful in making it possible for the jerseys to be ready in a short period of time.

“This was something that was a 3 week process, that normally would take 3 to 6 months,” he said. “We like to move quickly [though] and when you’re trying to move things forward and have things [be] exciting, a lot of that is going to be new great ideas and you can’t be afraid to try them.”

According to a note at the bottom of the team’s release, the name bar and numbers on the jerseys haven’t been finalized. The mockup shows a ‘stencil’ font, which could change before the actual manufacturing.

The mockup also does not include shoulder patches, but according to the team they will feature the secondary logo as displayed on the jersey Greg Fettes teased to fans at last week’s ‘Corporate Kick Off’ event. 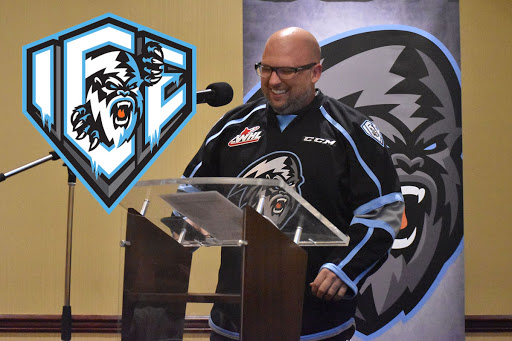