When asked about the honour of being named an alternate captain for the 2017-18 season after a practice last week, Colton Kroeker showed his true character.

“It’s good,” Kroeker said after a long pause. “[But] even if you’re not a captain, you can still lead by example. It doesn’t mean [if] you get the letter, [you’re any different than anyone else].”

Entering his 20-year-old season with the Kootenay Ice, and his final year in the WHL, Kroeker has learned that being a team’s ‘go-to guy’ has nothing to do with titles or jersey patches. It’s about what you do on the ice.

“[Colton] is a mature guy who is pretty insightful [and] likes to talk about the game,” said Ice head coach James Patrick. “When I talk about his play, he’s been really receptive to what he has to do to be successful and be better.

“He loves playing, he wants to keep playing, and he wants to have a future in the game. The better he is, it’s going to be good for him and us.”

Kroeker, a 1997-born player from Surrey, BC, first arrived in Cranbrook at the trade deadline in January from the Lethbridge Hurricanes, along with Brett Davis, for then Kootenay overagers Zak Zborosky and Matt Alfaro. 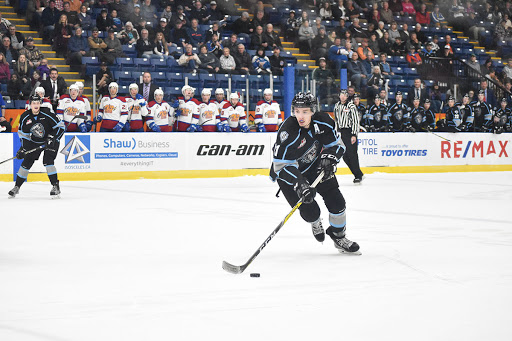 Although he put up a solid 27 points in 41 games in the first half of the 2016-17 season with the ‘Canes, Kroeker ended the year with Kootenay absolutely exploding offensively. Racking up 32 points in 29 games, he became a point-per-game performer for the first time in his WHL career.

After the Ice’s game on Sunday, Patrick made no bones about what he thinks Kroeker means to the team while discussing the line shuffling he’s done.

“I look at Colton Kroeker as our best player. I think he’s our smartest two-way player,” the coach said. “I need to find guys who can play with him.”

To start the season, Kroeker was paired with Vince Loschiavo and Cameron Hausinger. Hausinger was then replaced by Keenan Taphorn in the team’s second weekend of action.

“I thought [Colton] and Vince would be a good combination and then I wanted to put a worker with them who could skate,” Patrick said. “Keenan has done everything that I’ve asked of him: he’s killed penalties, he’s worked extremely hard [and] he does a lot of the little things.”

Last season, Kroeker played the majority of his time on the wing, playing with Loschiavo on a line centred by Davis. In order to spread out the talent, Patrick asked Kroeker to be the team’s first-line centre and he’s accepted the challenge wholeheartedly.

“[Centre] is the hardest position to play, [but] I know he’s got hockey sense and that’s why I know he’s able to change positions and make [the] adjustment,” the coach explained. “He’s still learning a bit in that area, but he’s excited about it and I think it’s good for him. It’s important for us as a team [too].” 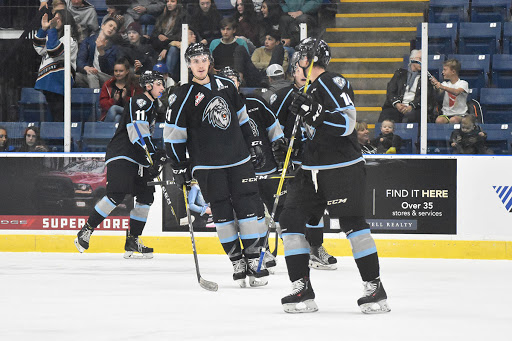 For Kroeker, as with everything he does, it’s all about putting in the hours.

While the alternate captain status he’s received this year isn’t that big of a deal for him, captain Cale Fleury was much more upbeat about him joining the leadership team.

“It’s awesome,” Fleury said. “Obviously, being a 20-year-old helps out a lot, [but] it’s not just that. He’s a great guy off the ice too. He works hard on the ice and leads by example.”

The Ice currently have three players with letters on their jersey, with Fleury as the ‘C’ and Kroeker and Loschiavo as ‘A’s. The team still has the opportunity to name one more alternate captain at some point this season, as well.

Through five games, Kroeker is tied for third in Kootenay Ice scoring with a goal and three assists for four points. The centreman has also spent considerable time on the special teams, being a leading penalty killer and picking up two power play points.