As provincial COVID-19 daily case counts decline, the East Kootenay is still experiencing a fluctuating level of weekly numbers, based on the latest data from the B.C. Centre for Disease Control.

For the week between June 13-19, Cranbrook reported 10 cases, which was down from a large spike of 19 cases from the previous epidemiological week.

In neighbouring Fernie area, cases jumped up to 19 in the same time period, while only three were reported in the week prior.

In Kimberley, the BC CDC says two cases were reported between June 13-19, with one case reported in the previous week. 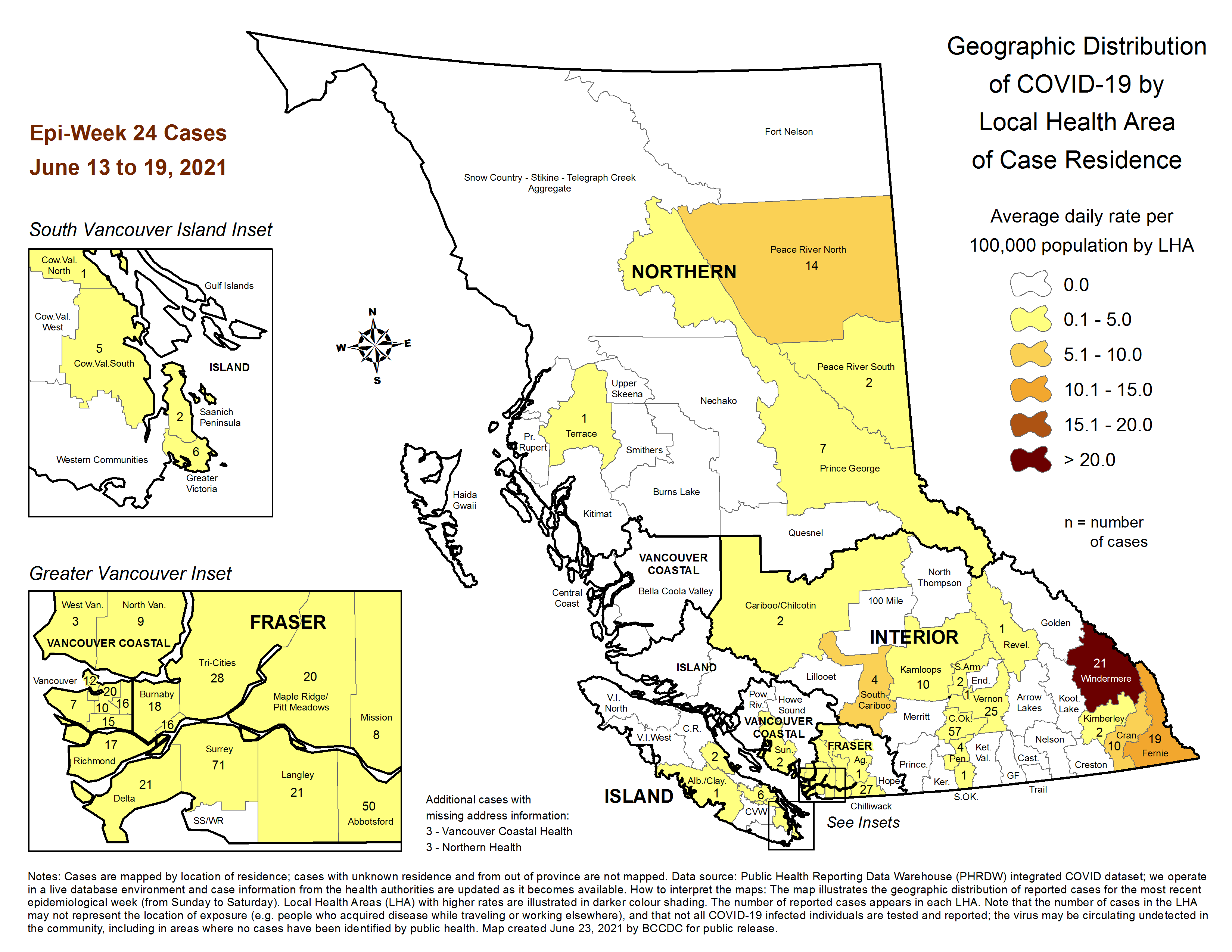 “This is a cautionary reminder that we are not quite there yet; that we need to continue following the basic protocols and above all get vaccinated,” wrote Kimberley Mayor Don McCormick, in a Facebook post.

“July 1st and Phase 3 of reopening is at hand. Let’s make sure it happens by keeping our case counts at zero. We cannot afford a step backwards.”

In the Windermere area, cases have taken a sharp jump, with 21 reported between June 13-19. That increase follows a recent communtiy-wide vaccination effort when cases soared in the area in early April.

Based on BC CDC data, first dose vaccination percentages of people 12 years of age or older in the East Kootenay Local Health Areas hovers between 58 per cent on the low and 78 per cent at the high end.

Creston has the region’s lowest percentage of first doses at 58 per cent.

Defence minister under fire for hiring assistant with past inappropriate relationship

Avalanche warning issued for Southern BC and Western Alberta

Omicron wave arrives in the Kootenays